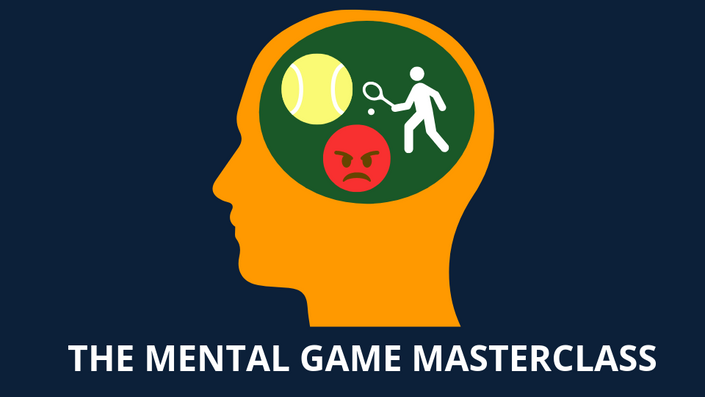 The Doubles Masterclass: The Mental Game

The Mental Side of Tennis You Were Never Taught

Do you want to know how to outsmart your opponent instead of outworking them?

Have you ever lost a frustrating doubles match to a team less talented than you?

Do you want to improve your game by 20% or more without having to spend dozens of hours of on-court practice?

Keep reading. This tennis course might be the perfect solution you’ve been looking for…

What is The Mental Game Masterclass?

This is an interactive online course for people who want to become better and smarter tennis players.

Imagine taking the mindset & strategies that pro doubles players have, and implanting that into your brain. 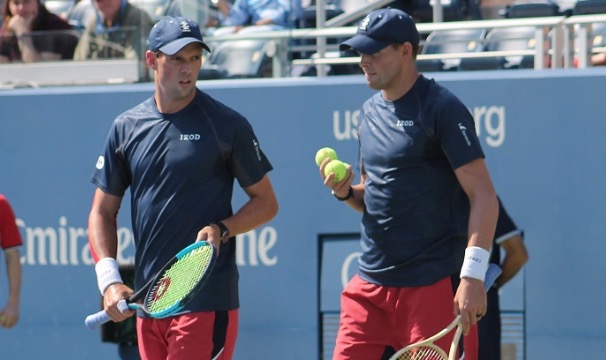 How much better would you get?

That’s exactly what I want to do.

I’ve personally taken my own doubles game from timid at the net and conservative at the baseline, to aggressive and confident. I’ve gone from losing to 4.0 players to winning the biggest USTA doubles tournament in Texas at the 4.5 level and competing in 5.0 and open level tournaments. I did it all by changing my mindset and strategy each time I step onto the court.

In this course, I reveal the mindset framework I discovered to achieve that result. 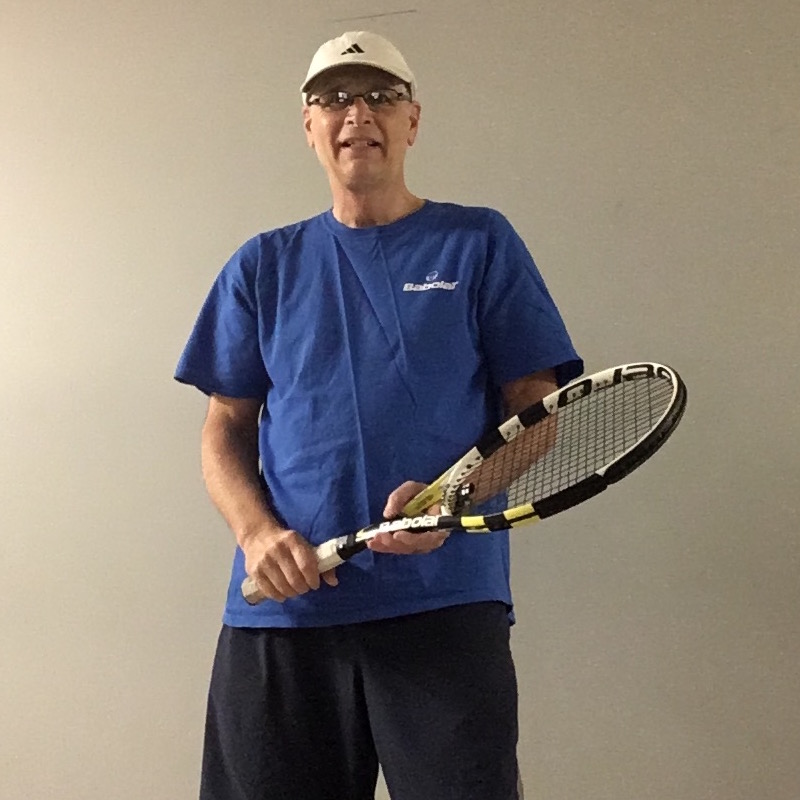 "You have greatly helped my doubles game. I look forward too your lessons each week. Keep up the good work!!"

Video Overview of This Course

All the information you need is written on this page (below), but if you prefer video... watch this :)

Who Is This Course For?

My strategies work best for:

Who This Course Is NOT For

This type of course isn’t for everyone. If any of the following describe you, then this is probably not a good fit. 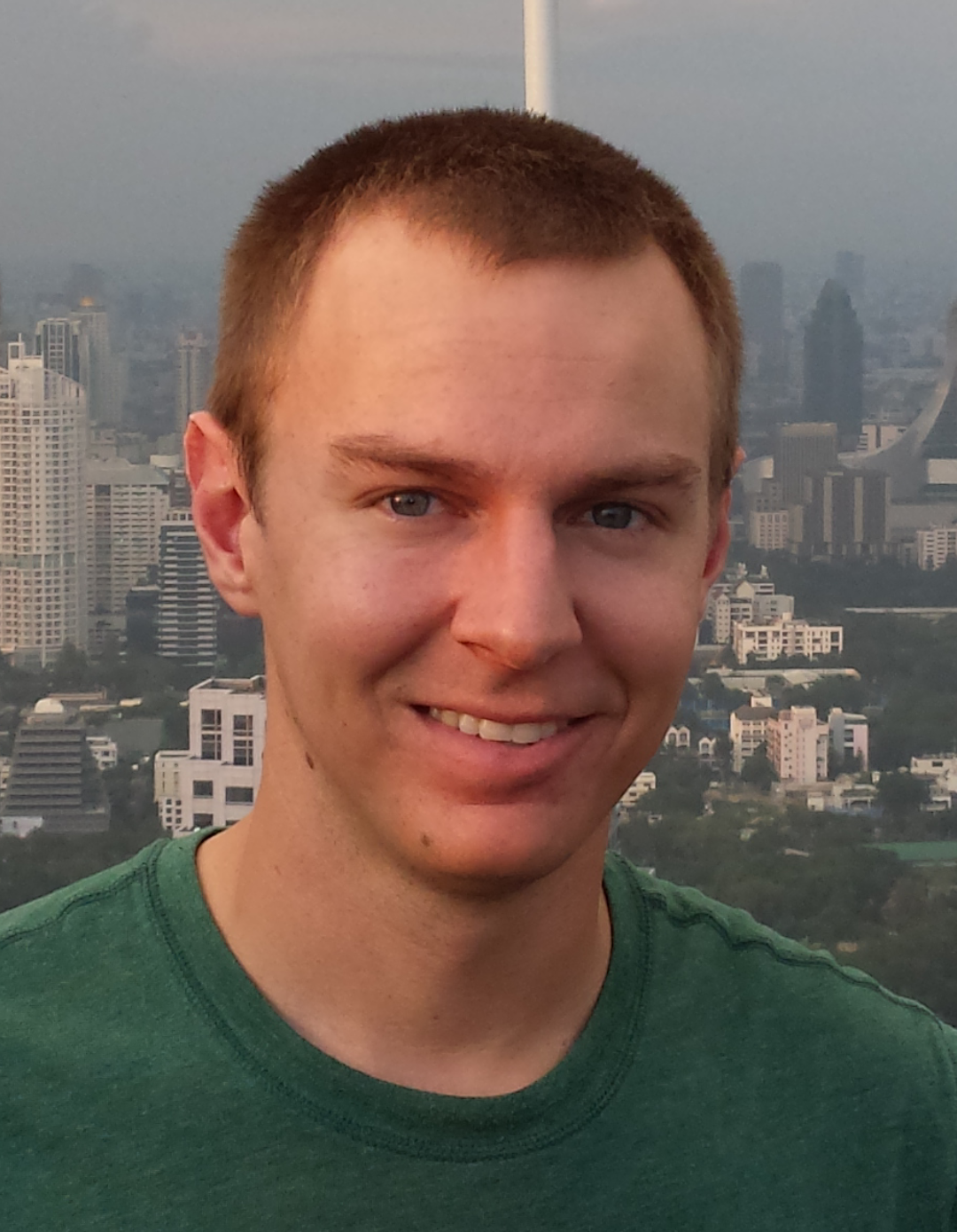 Will Boucek
You’re probably wondering why you should trust me to “coach” you.
Fair question. Here’s a little bit more about me.

About The Tennis Tribe

I started The Tennis Tribe in 2016 as a place to share my doubles lessons that I’ve learned. Since then, it’s grown significantly...

I’ve played tennis most of my life, but never got it in doubles until the last several years. I always played and looked like a single player on the doubles court.

And that’s mostly what I see when I watch USTA tournaments and league matches.

Since then, I’ve started coaching and mentoring dozens of doubles players around Texas. I’ve helped a number of people move from 3.5 to 4.0, and 4.0 to 4.5 without spending any on court time with them.

They tell me how much it helps them, so that’s why I wanted to build this course. To get this information in the hands of more people!

People think that hitting it hard and big is more important than where you hit it or where you move. I want that to change.

These Are Not Your Normal Doubles Lessons…

What makes these lessons so effective?

Think about it this way.

You can improve at tennis by going out and practicing serves for 90 minutes. Now, your serve may be 2% better. Which is only one shot in tennis (albeit the most important one). So, your overall game is probably only 0.5% better.

With these lessons, we’re going to change where you hit the ball, how you move on the court, and where you position yourself. This is NOT something you need to practice. Just go through the lessons, and you can start doing it in your very next match!

These types of changes can make 5, 10, even 20% improvements in your game.

The problem is, When most doubles players get down in a match, instead of changing their positioning, movement, or where they’re hitting, they keep the same strategy and just try harder.

After this course, you’ll never feel stuck again, like you don’t know how to turn a match around. 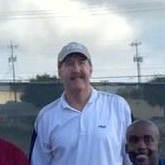 "I am more active at the net. I also change what I do more often so as to confuse my opponents or get them thinking about what I am doing rather than their game. The lesson was well worth my time. I learned new strategies to improve my doubles game."

After attending a doubles workshop.

What Are You Going to Learn?

How long is the course?
You can go at your own pace. If you want to go through it all at once, it should take around 2-3 hours. If you want to do 1 lesson per week, that's okay too! Although I recommend consolidating as much as you can because the lessons build on each other.
What if I don’t have much time to spend on it right now?
You have lifetime access to the course, including all future updates! Buy now and go through it whenever you'd like.
What if I buy the course and it doesn't work for me?
Email within 30 days of purchase and I'll give you a 100% refund. I'll also ask for feedback on what you didn't like, so I can make it better :)
How long does it take to see improvement?
After you finish the course, you should IMMEDIATELY see improvement in your doubles game. Since this mental approach doesn't require you to "practice" you can implement the new information in your very first match!
I’ve seen similar tennis courses in the past—what makes this different?
The "Why?" Most tennis coaches teach mental toughness to their players in a prescriptive manner. They tell you to "stay positive" without telling you why you should stay positive. They tell you to poach more, or stand closer to the net, or serve up the T, without telling you why... I'm going to teach you "THE WHY" so you can be your own coach. Once you learn this, you might become a better tennis coach than your local pro :)
Do I need to take it with my doubles partner?
No! This course will help you be able to play better doubles with any partner. But after taking the course, you'll probably want to share it with your partner.
off original price!

When you purchase The Mental Game Masterclass, you get:

Have questions that are not answered above?

I'll answer any questions you have and help you decide if this course is right for you.